Though it sits on the traditional ancestral homeland of the Abenaki, Pennacook, and Wabanaki Peoples since its founding in 1761, the City of Lebanon has been predominantly white. Like small towns in rural areas across the country, however, Lebanon has been undergoing profound demographic change since the turn of the 21st Century. The white population is shrinking, due to both natural aging and the fact young people often seek educational and occupational opportunities elsewhere.

Meanwhile, population growth across the state and in Lebanon has been fueled by migration and natural reproduction among people of color. As a city, it is important that we understand and plan for this demographic transition. We believe representing who we are is a step toward building an inclusive community in which we all feel at home.

The following table shows the demographic shift the City of Lebanon has experienced taken from 2000 through 2019. 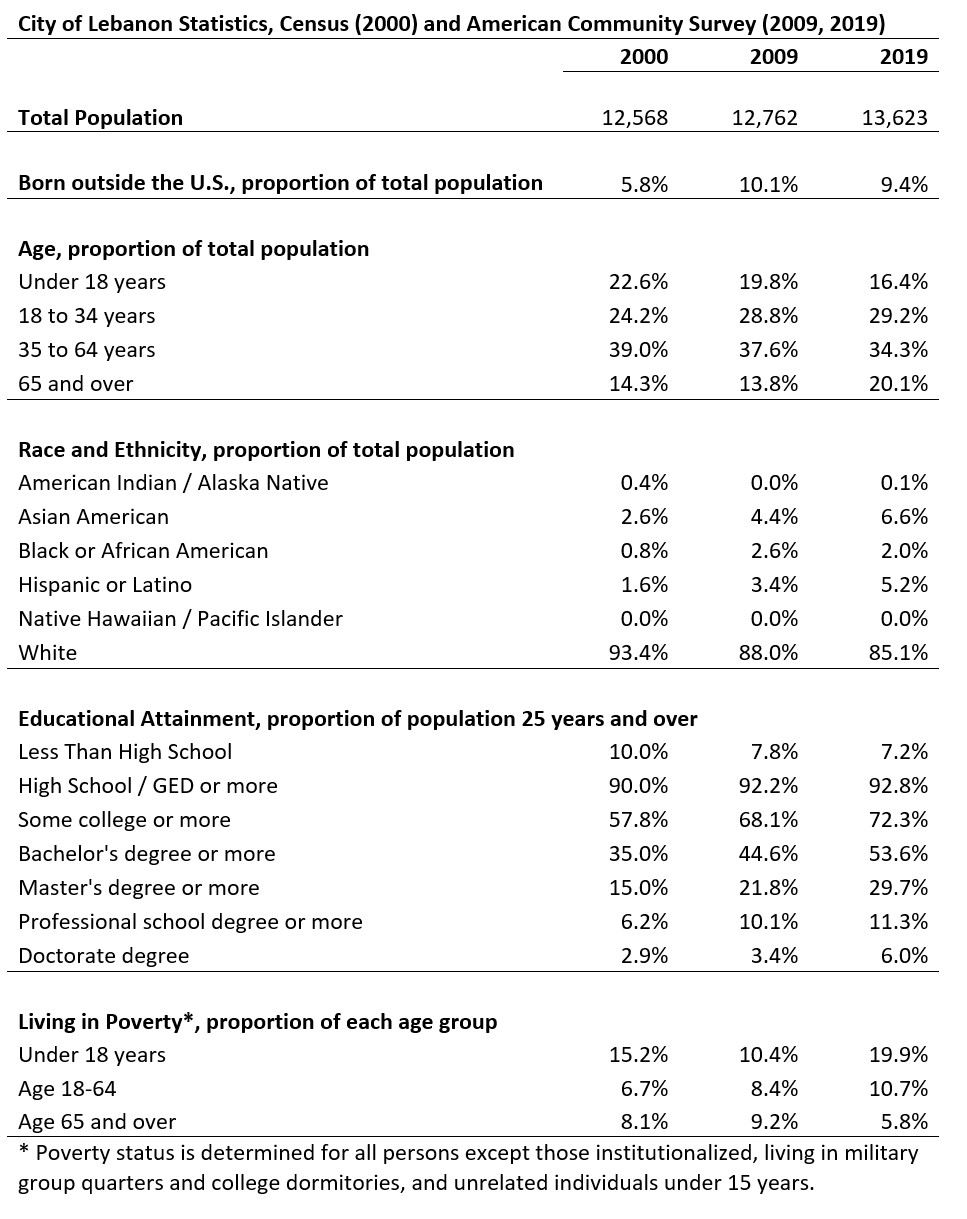