In November 2016, the City completed the Downtown Visioning Study, which presented a preferred vision, suggested actions and strategies, and outlined recommendations for financing mechanisms to achieve the near-term and long-term elements of the plan. Among the financing mechanisms was the use of Tax Increment Financing (TIF) as a way to fund downtown infrastructure improvements. A preliminary financial analysis, developed as part of the Visioning Study, indicated that a TIF District in downtown Lebanon had the potential to fund many of the improvements recommended in the plan. The Visioning Study concluded that the next step should be to undertake a Feasibility Study that would address the specific statutory requirements for consideration of a TIF District.

In June 2017, the City contracted with Applied Economic Research (AER) and Monadnock Economic Development Corporation (MEDC) for the preparation of the Feasibility Study and supplemental analysis to assist in evaluating TIF laws and identifying the geographic area of downtown most suitable for adoption of a successful TIF District. The consultants also assisted with public outreach and engagement efforts and prepared appropriate ordinances and documents for enactment of a TIF District.

As part of the Feasibility Study, a committee was established to oversee the process and to serve as a sounding board. The Study Committee included representatives from the Lebanon School District, Grafton County Commissioners, City Council, Planning Board, various City Departments, and several property owners from the study area. The Study Committee met with the consultants to review the TIF concept, to discuss case studies from other communities, to define a possible TIF District boundary, and to review the assumptions and projections of the financial model. As part of the public outreach and engagement, the consultants provided an update briefing to the Planning Board and to the City Council. Additional public presentations and a public hearing were held between January and June 2018 leading up to the adoption of the enabling legislation in RSA 162-K and the creation of a TIF District in Downtown Lebanon as contemplated in the Visioning Study.

To learn more here are the presentations provided by the consultants to the Study Committee: 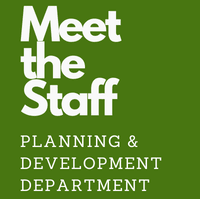